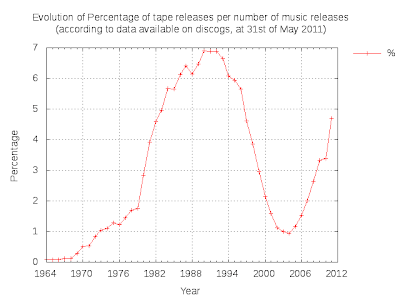 There. Does this graph seem to represent a dying format? Yup, I don't think so. Stop saying cassette tapes are dead. You did the same for vinyl, and now you're calling names to yourself... Update: By popular demand, I started updated this graphic once in a while...

Updated graph, still according to the data available on Discogs, at the 2nd of February 2012: 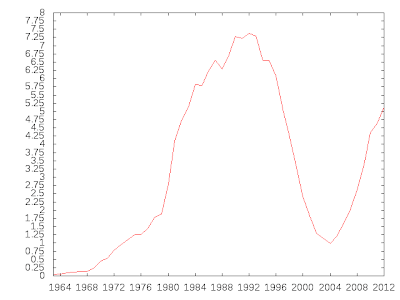 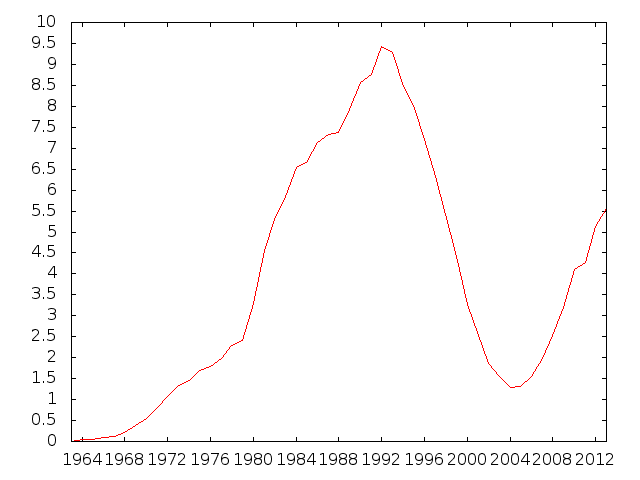 I've just came back from a two hours and a half long presentation and debate on the Portuguese Culture Ministry's new law proposal regarding private copies.

The announcement of this event raised me doubts and fears from the first moment, and during the event, with the proposal's text presented in my hands and the debate that followed, some of my fears came true. They are several, in fact, but for now I'm going to talk about one of them:

The Socialist Party will present this new proposal for approval in the next Government, no matter if they win the elections or not. In regards to Creative Commons, they support a vision where Creative Commons harm Culture, and in this law proposal they intend to turn them illegal. Here's how (quick translation, I'll soon post the whole proposal in Portuguese online, so others can make their own translation; this is only the part regarding written works, but there are similar items in "Article 3" for other works, except software):

Article 3, point 1 - The authors have the right to the perception of a compensation equitable for the reproduction of written works, in paper or similar support, for instance microfilm, photocopy, digitalization or other processes of similar nature.
[...]
Article 5 (Inalienability and non-renunciability) - The equitable compensation of authors, artists, interpreters or executives is inalienable and non-renunciable, being null any other contractual clause in contrary.

Here: in sum, every author (except software authors, so thankfully free software isn't affected) has the right of getting money out of private copy, and they can't renounce it, so every Creative Commons license, where saying "You are free to share — to copy, distribute and transmit the work" (or actually, in legalese, "licensor hereby grants you a worldwide, royalty-free, non-exclusive, perpetual license to reproduce the Work") is illegal.
Update: Here's the whole event was audio and video recorded by several people. One of those recordings (only an excerpt of the debate) is now available online:

Update 2: There's a (low quality) scan of the booklet, made by Miguel Caetano, here: part I, part II, part III. Each PDF is two pages of the booklet, there's at least one person wanting to turn this scans into one document only, for easier reading, but - for now - this is what's have available.

Update 3: Here's the "almost full" (only missing the very first part) audio of the whole session: