While in 2005 I decided to not have a "personal web page", and instead just this blog, things change, and now I'm back to having a personal website, which, among other things, also has a different weblog.

I am not certain if this is going to be my last post here, but... well, don't be surprised if it is. 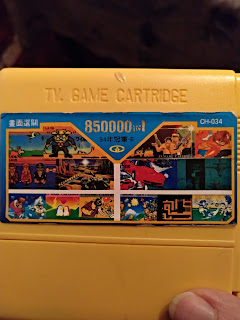 The Internet doesn't seem to know this "850000 in 1" multicart exists. While my Famiclone is unfortunately not working, and so I cannot give you many more details about it, I still thought the Internet deserved to have this useless piece of information. You can thank me in the comments box.

A new year starts, and with it my list of music and books for the previous year. 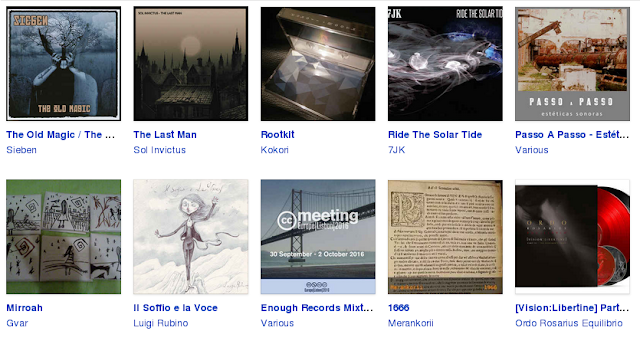 2016 was an interesting year musically. The year started with the release of Kokori's first album, Rootkit. Kokori, an industrial duo from which I am 1/2, had released several EPs and singles in the past, but Rootkit not only is our first album, but our best work so far, IMHO. Later in the year, "The Sky Is Concrete, The Stars Are Bullet Holes", one of the album's tracks, was also present on the "Passo A Passo" compilation, and Enough Records' CC Meeting mixtape. Also from my musical projects, Merankorii - my solo project - released the single "1666", 350 years after the Great Fire of London occurred, with a track that came from the 2014 album "Synthetic Works".

Matt Howden's projects "Sieben" and "7JK" had an excellent new album each. "The Old Magic", under the Sieben moniker, is available with the companion CD "The Other Side Of The River", which manages to be the highlighted disc from the bundle. While 7JK changed its formation slightly, the new album manages to be even more powerful than the first one, and from it I'd like to highlight the opening track "Liftoff For 7JK".

Sol Invictus is back, and will present us with a new album in 2017, one which I plan to get. For a band with such an huge discography and without a big sonority variation along the years, this is the kind of band one can easilly fall into skipping one or another release. However, in 2016 the single "The Last Man" was released, and boy - those are two strong and surprising tracks. I can't vouch for the album yet, but this single is a must-have.

The obscure and mystical project GVAR leaked again, this time the album "Mirroah". More mature than its debut "Vraii", the parallel-universe DVARish concept is kept strong, and GVAR stays as a must-follow project to every DVAR fan.

Luigi Rubino (probably best known as Ashram's pianist) released a new solo album, after its 2009 debut. The new album is not surprising - it packs what one would expect - but it is still a very pleasant album to listen again and again. Also unsurprising but excellent is the latest Ordo Rosarius Equilibrio album, "[Vision:Libertine] Part III - The Hangman's Triad". Conceptually and lyrically, they keep fresh and strong, as they keep being polishedly detailed sonoricly. While it would be hard for an ORE album to be surprising without them re-inventing themselves, this album is more cohese than their last few, almost competing with the genious "Make Love, And War" of 2001. 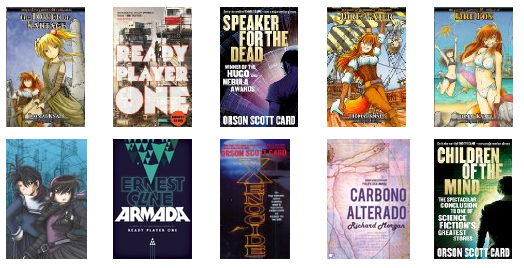 As far as books go, in 2016 I managed to read a bit more than in 2015, but still not enough. From those, I re-read the whole MegaTokyo series of Manga, and crossed it with the paralel series of books that are now being released as "Megatokyo: Endgames". Endgames is an MMORPG (some) Megatokyo characters play, and the events that happen in that virtual world obviously cross into their players' relationships... While the Endgames books can be read as fantasy novels, they wouldn't excel as such. But the fact that they're descriptions of what happens inside a virtual world - specially one that exists inside a fictional (Megatokyo) world entices me. With four volumes out there of the saga, I read three of them during 2016, and the fourth is alredy on my pile of books to read really soon.

Unsurprisingly, the rest of my list has Sci-Fi books. I've read and enjoyed Ernest Cline's two novels (Ready Player One and Armada), and picked up on a saga I was planning to read for a while now: the Enderverse. I read the Ender's Game a long time ago, but only in 2016 I decided to pick up the rest of the saga, reading the rest of Ender's Saga. It will be no surprise to have The Shadow Saga on my 2017 favorites list. Finally, I read "Altered Carbon", a book that was given to me. While this wouldn't probably be my kind of scifi, this futuristic crime novel was very enticing. You'll probably soon hear about it, despite it being from 2002, since Netflix is working on a TV series based on this saga.

If you want to read more stuff like this, check out my 2015 list. Otherwise... see you next year! 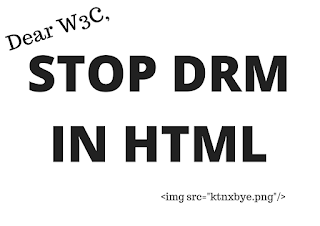 They have to be:

The importance of Open Standards is somewhat highlighted by its definition itself: an Open Standard can simply be used by anyone, without restrictions. This allows any developer to implement such a standard, and avoids user exclusion - anyone is free to use an Open Standard. This importance has been recognized though the years, and lately that recognition has reached into higher policy levels, with countries like Portugal mandating that the Public Administration must exclusively use Open Standards, as a way to ensure citizens unrestricted access to public data and services.

One good example of an Open Standard is HTML. Even if you're not very aquainted with technical issues, you probably already heard about HTML -- or at least seen a "Web address" (called URL) like "http://somesite.org/this.html". This happens because HTML is the "language of the web": each webpage is written in a format, called HTML, and since all the web pages are written in that same format, and because that format is an open standard, anyone can create a computer program (in this case, a web browser) that reliably receives the web page in that format and knows how to correctly display it on your computer screen. This is what makes it possible for you to see the same web page on your phone, your computer, your tablet, even if you are using different programs to see it. It doesn't matter weather you're using Android's web browser on your phone or Firefox on your computer, while your friend is using iOS's web browser and Safari on his Mac laptop. Everyone can see correctly a web page: that's one of the beauties of the Web, and that happens because HTML is an Open Standard.

So, what's this EME thing? And why are people fussing about "DRM in HTML"?

EME is a proposed specification that aims to "extend HTMLMediaElement" (which is a part of the HTML specification). What this means is that, if EME is approved, a part of HTML's current specification is going to be updated. The "new version" includes two kinds of changes: some mandatory and some optional. In its own words, "Implementation of Digital Rights Management is not required for compliance with this specification: only the Clear Key system is required to be implemented as a common baseline." W3C argues that this constitutes no problem, and that they are not adding DRM into HTML, because implementing DRM is not required. However, the fact that implementing DRM is possible (even if not mandatory) means that, if a website uses such an implementation, either your web browser also uses it, or you won't be able to see that part of the website (remember what I said before about the web being seen by everyone? That wouldn't happen anymore.) Of course, this wouldn't need to be an issue at all: if the specification allows for that implementation, its just a matter of all browsers implementing it, right? Wrong. The problem here is that the "specification does not define a content protection or Digital Rights Management system".

HTML is an Open Standard, and that is good for everyone. So good, in fact, that some countries, like Portugal, mandate that public administrations can only use Open Standards. However, there is a proposal (EME) that, if approved, will make HTML stop being an Open Standard. That will have an high negative impact in Public Administrations, citizens and the overall web community -- which nowadays means the citizens of the world.

This approval would have an high social, political and cultural impact everywhere. From the current era of shared knowledge, easy access to information, and overall making the world more accessible, we might be heading towards the dark ages of the web. There is, of course, a solution: let's make W3C know that we oppose EME, and ask them not to approve it.