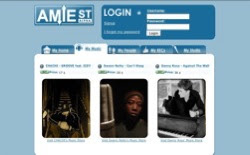 Amie Street (my coverage here) appeared in August 2006, and since then I had some concerns about the viability of this service: the idea was great, but...

At the 14th of December I've noticed some problems in the service, and swapped a couple of mails about it. My situation was fixed, but I don't know about the general problem.

And now, since for I don't know how long, the website is down. I've tried to contact its staff to get some answers, but nothing was replied until now.

With this, and looking at alexa's graph on it, I have to ask: is Amie.st aming to the deadpool? 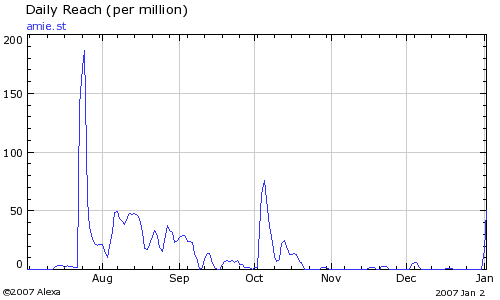 UPDATE: Amie Street is back live and kicking. Yet, I still believe that the project isn't being sucessful as it could.