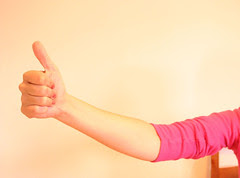 You know what I'm talking about: day by day you get to deal with people in a great variety of ways, and if you deal with them enough you'll have a feeling that a person is cool, or not. It's "just" that - a feeling. First impressions make a great impact on the outcome. I know, I know, this is almost a cliché, everyone says that "first impressions are anything". What can I say? I had to start by saying it: cliché or not, it is true. But first impressions aren't feelings, just impressions.

But in your whole life you made a grand job of defining something - probably the biggest work of everyone, at least until they decide to be parents, is to define themselves. And you do that based on thoughts, experiences, opinions or certainties. Even true and false aren't dicotomic, oppinions are a heavy weight on how you see something as truth or not. So, using yourself as a reference, you start pondering about the other person - judging them. Not in the bad sense - just trying to fit that person in your chain on values and, by the way of comparison, you catalogue them. And classifying a person is a difficult game to play - something comparable with defining art to the classicist philosopher. On that, Giulia Sissa tells us, on the book "L'âme est un corps de femme" (my translation, please forgive possible mistakes):