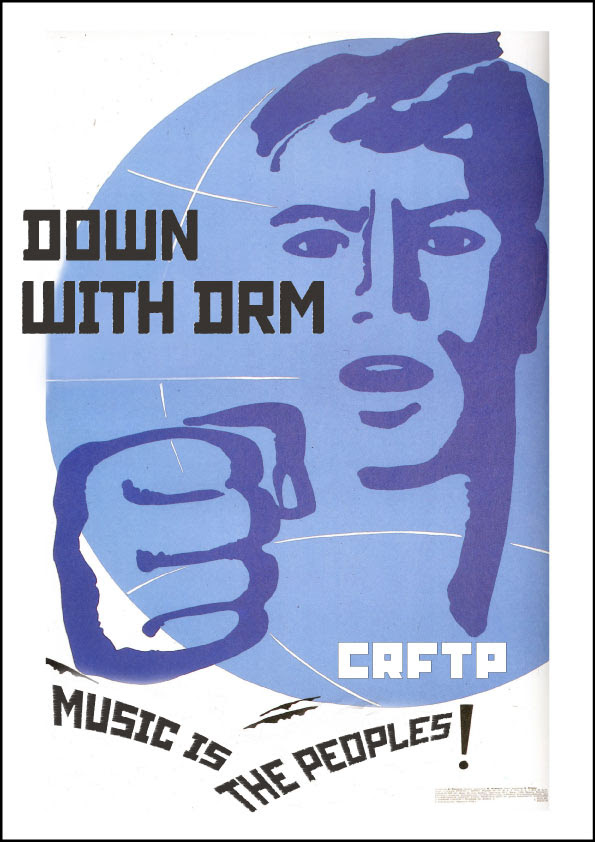 I'm still too busy to do propper blog posts (sorry about that), but here are some links you might find interesting, this time about Digital Restrictions Management.

Exactly six months after the tech world was introduced to DisplayPort, the Video Electronics Standards Association (VESA) has proposed DisplayPort Version 1.1, which would bring high bandwidth digital content protection (HDCP) support to the standard. Previously, DisplayPort 1.0's copy protection support was described as "optional," but if the VESA DisplayPort Task Group has its way, it will become mandatory. So, now we'll have to find how to make this proposal to be rejected.

Peter Jenner, Pink Floyd's first manager, who subsequently managed Syd Barrett's solo career, Jenner has also looked after T.Rex, The Clash, Ian Dury, Disposable Heroes and Billy Bragg - who he manages today, told that "Big labels are f*cked, and DRM is dead". I can't get myself to be as optimistic as he is, but you should read what he has to say just to get a hint on what's going on in the music industry. Just to tease you a little, here's a quote where he talks about the major labels: "But because they've replaced an album with a single they've helped destroy the retail industry, they're now in a position where they're completely fucked."

Finally, Beyond The Soundbytes is going to be a conference you don't want to miss.